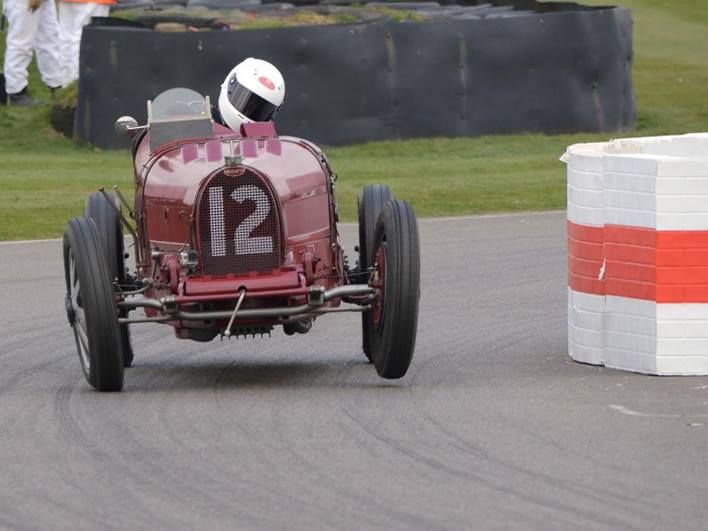 For a few years now, some people have criticised the Goodwood Revival for being too much of a fancy dress party and less of a race meeting. Then last year the Members’ Meeting arrived on the scene- the critics are now well and truly silenced.

The 2015 Members’ Meeting- entitled the ‘73rd’ to carry on the tradition of the BARC meetings that took place from 1949 to 1966- took place last weekend and provided something for pretty much everyone who likes cars. With his finger ever on the pulse, Lord March has given the public two things they want: accessibility and special cars, lots of them.

The accessibility is superb. There are very few restricted areas and no VIP enclosures. Drivers, mechanics and the public mingle freely and all the paddocks are open- with the single exception of the modern Mercedes F1 car. Whether that says more about the nature of modern F1 or the fragility of the car, I’ll let you decide.

Then the cars themselves will cater to almost every taste: pre-war single seaters, ‘60s GT cars, ‘70s and ‘80s touring cars and my own favourite, the high air-box F1 cars of the Hunt/ Lauda/ Peterson era.

With so much to report on, we have chosen a few of our favourites from the weekend. First, we spoke to Anthony Reid, ex- British Touring Car ace and captain of the winning Methuen house.  “It is a real privilege to be appointed by Lord March as one of only four House Captains for this unique event. The idea of having four Houses competing for honours is a great way of engaging all the members of the Club their families and friends whether they are Racers or Spectators.”

Reid’s own on-track contribution to the event was by driving a Triumph Dolomite Sprint in the Gerry Marshall Trophy. “It was really competitive through the field with very close racing and a bit of paint trading just like in the day.” With a field containing names such as Rob Huff, Emanuele Pirro and Tiff Needell, the scene was set for an epic battle, but it was the Mini of Nick Swift and David Clark’s Chevrolet Camaro that set the pace, with the latter coming out on top.

The Aldington Trophy, for pre- ’67 Porsche 911s and 901s was a highlight for many. Although BTCC’s Andrew Jordan took an easy win, the battle for second between Mark Bates and Phil Hindley was epic and thoroughly enjoyed by all watching.

Well known VSCC racer Julian Majzub was a pre- race favourite to win the Earl Howe Trophy for pre- 1935 Formula Libre cars. Unfortunately a recurring ignition problem plagued his 1927 Bugatti 35B, and despite dashing up to fourth place by the end of the start/ finish straight, the issue re-emerged and Julian sadly had to limp home.

The high speed demonstrations were also superb. The high air-box F1 cars included Lauda’s championship-winning 1975 Ferrari 312T, Hunt’s Hesketh 308C from the same era, a brace of Lotus 72s and Fittipaldi’s 1974 McLaren M23, to name just a few. As they screamed through the chicane and along the start/ finish straight, I was transported back to my childhood. My ears bled from the noise, but I savoured every second. Later, the biggest ever gathering of McLaren F1 GTRs took to the track, and then Mercedes let us see what their ex- Lewis Hamilton F1 car could do in the hands of Anthony Davidson.

In the car parks, we ran the first Hagerty UK Car Park Concours. We’ve noticed how many lovely cars are parked in the public areas of classic car events, and decided to acknowledge them. We took photos of our favourites from both days, then posted our shortlist on our social media. Our followers then decided which won best in show: a superb AC Aceca was judged to be the winner. Look out for our teams at shows later in the year!

Being Goodwood, there is still a ‘fancy dress’ element to the Members’ Meeting- on the Saturday night the place transforms into a street party, complete with circus performers and a fun fair. A huge hangar had been transformed into a communal meeting hall and lavishly decorated in the manner of a Hogwarts-esque public school. This won’t appeal to everyone, but it’s not central to the event- that is firmly left to the cars and racing. If you can afford the £80 day ticket cost, this is a superb meeting where you really can get closer to the action than pretty much anywhere else.