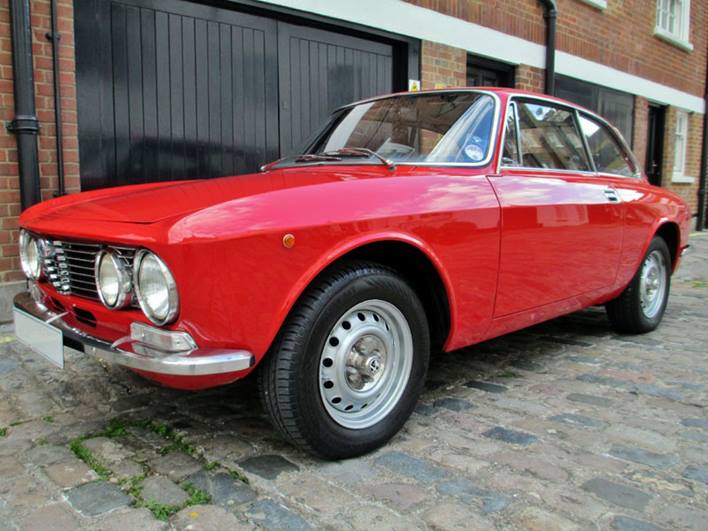 In the early 1970s, for exotic thrills on a budget there were only three real choices: Lancia’s Fulvia, BMW’s 2002tii and Alfa Romeo’s fine Giulia Sprint GTV. All three were revered in their day and are cherished as classic buys today, but which one’s best?

Let’s start with the BMW. Launched as the 1502 as a compact, two-door derivative of the Neue Klasse saloon, the 2002 came about as the result of a project by two engineers to put the larger 2000 series engine into the smaller shell for their personal use. When each discovered what the other had done, they prepared a business case for its manufacture. It was a runaway success, and more sporting derivatives were just around the corner. The rare and complex Turbo was beyond the reach of mere mortals, but the fuel-injected 130bhp tii caused a stir. Here was a car which could mix it with the best of Europe’s sports coupes for performance, but in a sensible and practical 2 door saloon or 3 door hatchback body. In Touring form, there’s even a case to be made for the baby Beemer as the world’s first hot hatch. Replaced in 1975 by the BMW 3-series, not only did it set the mould for the compact German sports saloon, but it established BMW as one of the foremost producers of cars of its ilk.

Lancia weren’t quite chasing the same market. Their history was peppered with motorsport wins, and the rally-star Fulvia was the latest in a long line of fine handling front drive masterpieces from the Italian company. In 1965, it was the model which reintroduced Lancia to motorsport following a ten year absence from Formula One, and it became a rallying sensation as fearsome as the mighty Mini Coopers. Available as a four door saloon, the beauty queen of the range was the shortened two-door coupe, and in 1.6HF guise it was a fast car. That revvy little 1600cc V4 has a bank angle of just 11 degrees, and put out between 115 and 132bhp depending on tune. Even with the lower figure its light, lithe body ensured it could keep pace with the tii. Its sporting replacements; the Beta Coupe and indirectly the Stratos, were never quite as magical.

And yet as a sporting marque, Lancia seems to have been consigned to the history books here in 2015. Old enemy Alfa Romeo, now part of the same FIAT family, has the honour of being the group’s sporting brand. And their Fulvia competitor was certainly that; the 2000GTV, with 130bhp in 1971, was a seriously sporting machine capable of trouncing most of the opposition. Based on the Giulia Sprint, the 2000GTV was a development of the earlier 1750GTV model, using a 2.0 derivative of the twin-cam four cylinder, smaller hubcaps and a new instrument cluster. Essentially, it was the product of an engine rationalisation; when the saloon and Spider were upped from 1750 to 2000cc, so was the GTV. Replaced in 1976 by a 2.0 evolution of the existing Alfetta GTV, the car became larger, more upmarket – but softer with it.

None of them is particularly fast by modern standards, with 0-60 in about ten seconds and a top speed of around 120mph. But by the standards of their era, these were quick cars, and all of them have an ability to make you feel like you’re standing apart from the crowd from behind the wheel. While all three handle very differently, for a true driving enthusiast it’s hard to put any one above the others here.

While values for the Italians are fairly level, the affordable route into 1970s style is the BMW. Examples of the 2002tii fetch between £6000-13000 in usable condition, though Tourings aren’t worth any more or less than saloons. £12000-30000 will get you a nice Alfa, and £15000-30000 is needed to get hold of a really cracking Fulvia HF. On value then, the BMW has it. But of our three, it’s the one with the least soul. Park at an event next to one of our two Italians, and you’ll find yourself wishing you’d saved a little more or looked a little harder.

The Lancia is a far more emotive car, but its HF engine is more highly stressed than the Alfa’s twin cam, it’s harder to source, there are several HF replicas about and thus it takes a lot more time and money to source a nice, genuine example. It’s also driven by the wrong wheels; front-wheel-drive may have been exciting in the mid 1960s and it may be one of the finest handling cars of its generation, but when most family hatchbacks are FWD a little rear drive fun is the perfect antidote. So we’ll take the middle ground between absolute charisma and perfect value, the Alfa Romeo GTV is the one we’d most want to take home.