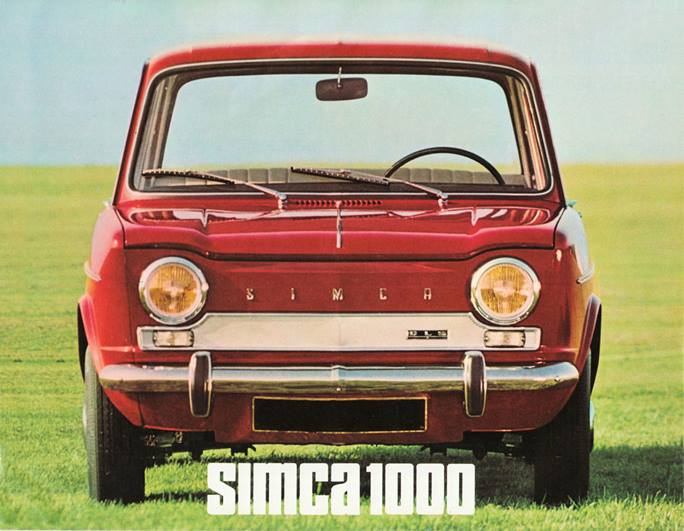 In the last few years, southern Africa has been a rich source of unusual classic cars. The dry climate and generally favourable exchange rate meant that importing right-hand drive cars was often a sensible proposal. However, it isn’t just ‘standard’ classics that are being unearthed- there is a rich history of cars built in Africa that were unique to the continent. Here are Hagerty’s top ten.

Mini Moke – The Former Rhodesia
The British Motor Corporation opened its plant in Umtali (now Mutare) in the former Rhodesia (Zimbabwe) in 1958 and by the end of 1964, the factory had assembled some 10,000 cars. Around 300 Mini Mokes were made in Umtali until 1967, as the impact of the 1965 Universal Declaration of Independence resulted in a halt of CKD kits being imported from the UK. Differences from the British cars included the front wings and a four-inch high panel between the bulkhead and windscreen. The paint finishes varied from ‘Spruce Green’ to the grey for the cars employed on rural duties by the British South Africa Police; the higher windshield allowed officers to exit the car without removing their hats!

Simca 1000 – Morocco
In 1959 the Société Marocaine de Constructions Automobiles (SOMACA) was established as a joint venture between the Moroccan government and two European car makers, Fiat and Simca. The Casablanca factory opened in 1962 and one of their earlier models was the Simca 1000, which was assembled in Morocco, with SOMACA fitting the running gear and electrical system with domestically sourced batteries, radiators, tyres and seats. In the 1960s the 1000 was one of the few African-built cars familiar to Britons as one starred as the transport for Patrick ‘Voice Over King’ Allen’s hero in the Associated Rediffusion TV series Crane.

Mini Mk.3 – South Africa
The Leyland Motor Corporation South Africa (or Leykor) produced a wide variety of vehicles and possibly none was more peculiar looking than the Mini Mk.3. In 1969 it was decided to offer a combination of the rounded nose with the Elf/Hornet’s boot; ironically the Mk.3 replaced the Wolseley 1000, which had the standard Mini body. Tooling was sent from the UK to the Blackheath plant near Cape Town but despite the Mini Mk. 3 being the cheapest saloon on the market at a price of only R1,398, less than 4,000 were sold before production ended in 1972. Perhaps it was the styling…

Lada Riva – Ethiopia
That the Fiat 124 of 1966 formed the basis of one of the great world cars is beyond doubt, and one chapter of its story is its impact on African car markets. Egypt was one major sales territory as was Ethiopia and by the early 2000s it was estimated that some 5,000 Lada taxis were in service in Addis Ababa – the local nickname was the ‘blue donkey’, referring to both their durability and the standard cab livery. In 2007 Lada-Egypt and the Holland Car PLC signed an agreement to make the Riva in Ethiopia although the firm came to a controversial end in 2014.

Austin Apache – South Africa
As also made in Spain as the ‘Austin Victoria’, this essentially combined the hull of the AD016 with an elongated boot and bonnet, courtesy of Michelotti. Leykor commenced Apache production in 1971, as a replacement for the standard BLMC 1100/1300 after the division’s executive director had been on a fact-finding mission to the UK and saw the styling exercise whilst visiting Longbridge. The Apache was only ever available with the 1.3-litre engine and these were made locally as South Africa’s domestic content regulations were based on weight as opposed to the value of parts used in a car’s construction. And who could resist a car that, according to Leykor, ‘whichever way you look at it, it’s beautiful’.

Ford Cortina Perana V6 Mk. II – South Africa
‘A new deal for people bored by ordinary cars’ claimed the adverts and a 115 mph Cortina GT Mk. II with an acceleration of 0-60 in under nine seconds could never be described as dull. Basil Green Motors of Edenvale fitted the familiar body with the Zephyr/Zodiac Mk. IV’s 3-Litre V6 engine, a Salisbury differential and transmission from the Cortina Lotus. Front braking was via discs, the suspension was lowered, with reinforced MacPherson struts and Telaflow rear shock absorbers. The paint choices were limited to red, silver, metallic blue or metallic green, all of which complemented the tasteful transverse stripe across the bonnet. All this was on offer for just R2,950 and today the Perana V6 is an extremely sought after classic.

Fiat 131 – Egypt
The Fiat 131 Miafiori is now a very rare sight in the UK but up until 2009, it was still available in Egypt. The state-owned El Nasr company had produced a wide variety of the Turin company’s products but their version of the 131 was inherited from Turkey’s versions of the Fiat, the Tofaş Şahin, Doğan and Kartal estate which were also assembled in Cairo from 1991 onwards. In the mid-1990s the range gained a Regatta-style facelift and later models featured a radiator grille inspired by the Tipo and the Tempo. The flagship 1600SL had a fuel injected engine and came with power steering and a radio cassette player as standard.

Ford Capri Perana V8 – South Africa
For the driver who wanted more performance than even the Perana V6 could provide, there was always the Capri Perana V8, with the 5-Litre ‘Windsor’ engine from the Mustang and a top speed of over 142 mph. Ford sent XL bodyshells from the Port Elizabeth plant to Basil Green Motors to receive modifications to the suspension, transmission and a limited slip differential from the Falcon. The steering rack had to be extensively altered but the Perana was only 20lbs heavier than the standard 3000. Around 550 were sold via Ford’s own dealerships and for any Capri enthusiast a V8 in either ‘Bright Yellow’ or ‘Peri Peri Red’ is one of the world’s most desirable cars.

Volkswagen Citi Golf – South Africa
When Volkswagen introduced the second-generation Golf in 1984 their South African division found that their buyers were still demanding a less expensive ‘entry level’ model. The Polo would have been too expensive to adapt and its three-door coachwork would not have appealed to the customer-base so the logical solution was to re-introduce the Mk. 1 as the five-door ‘Citi Golf’, using the existing tooling at the VW factory in Eastern Cape. This proved to be so popular that 377,484 were sold in 25 years and in 1992 VW South Africa found itself in the unique position of making three generation Golf simultaneously – the outgoing Mk. 2, the new Mk. 3 and the Citi Golf!

Peugeot 504 - Kenya
Put simply, no feature about African cars could fail to mention the Peugeot 504. The company began making serious inroads into the Kenyan market with their 403 of 1955 but it was the 504 that became most associated with the marque, with assembly from CKD kits ceasing as recently as 2007. One major reason behind such longevity is that Peugeot’s local agents excelled at maintaining the company’ products and that no model would be sold in African without being fully tested and developed for specific road conditions. A 504 would have been evaluated for suspension settings, dust proofing and cooling systems – elementary lessons that other manufacturers failed to heed.