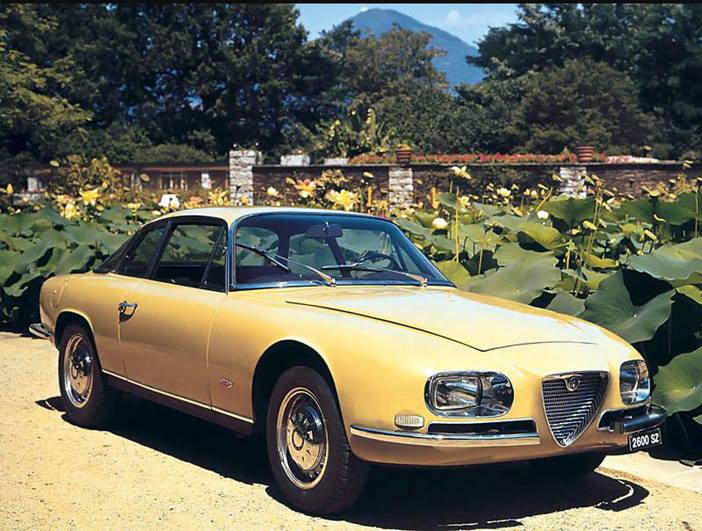 Story Time: How Provenance and History Make Money in the Classic Car World

In 2015, auction house RM Sotheby’s sold a 2005 Ferrari Enzo for a shade over $6m, a figure approximately eight times the highest value for the model in that year’s Hagerty Price Guide.

So, what was so special about the car? Although it was the very final one produced, number 400 (when Ferrari had promised to make just 399) and showed just 179 kilometres from new, these facts alone couldn’t explain the huge amount someone was willing to pay for it.

The answer lies in a hand-written line of text inside the vehicle’s boot. In Chairman of Ferrari Luca Cordero di Montezemolo’s distinctive handwriting is written,’ This Enzo, unique in the history of Ferrari, as a sign of solidarity for those suffering, inspired by a Great Pope, John Paul II.’

The car was offered by Ferrari as a gift to Pope John Paul II in January 2005, but with typical humility His Holiness thanked them but asked them to sell it with the proceeds going to the 2004 tsunami appeal. This they duly did, presenting the cheque to Pope Benedict XVI the following year.

The same year as RM scored a hit on the Enzo another very different car was emerging from a long hibernation in a Nashville barn. A somewhat battered 1968 Ford Mustang fastback GT390 in Highland Green looked relatively stock from a distance, but a close inspection would have identified a few odd additions to the car, such as three metal tubes clumsily welded to the underside of the chassis, foam blocks glued to the boot and strange holes cut in the bulkhead.

The car, owned by the same family since the early 1970s, also came with one very special piece of paper: a letter from Solar Productions Ltd dated 14th December 1977, in which the author asks to buy his car back. ‘Again, I’d like to appeal to you to get back my ’68 Mustang,’ he wrote. ‘I would like very much to keep it in the family in its original condition as it was used in the film, rather than have it restored; which is simply personal with me.’ The letter is signed ‘Steve McQueen’.

The Mustang is the ‘hero’ car from the film Bullitt and is as close to an automotive legend as exists. McQueen’s star still shines brightly amongst petrolheads, and cars associated with him have sold for extraordinary premiums; one 1970 Porsche 911S that he drove in the movie Le Mans achieved $1.375m at another RM auction in 2011, some 19 times the highest value in that year’s Hagerty Price Guide. But the Bullitt Mustang has even more: a wonderfully evocative lost-and-found story, a family’s passion for a car, and the tale of McQueen’s unsuccessful attempt to buy it back. Last year, Hagerty estimated that this battered old Ford in unrestored condition was probably worth around $4m.

These two cars may be extreme examples, but they show how important history is to the value of a classic car. When someone buys a historic vehicle they don’t just buy a machine, they also purchase a role in a long-running serial which can set them as a movie star, racing driver, or even a religious leader.

And it’s not just celebrity ownership that adds value. People want to be enchanted by a story, and this can come in many guises. Maybe the car was hand-built in a tiny factory, its parts crafted by artisans who assembled it with love. Possibly a vehicle was owned by someone for the whole of their adult lives, who used it regularly and toured Europe in it. Who wouldn’t want to be part of these vehicles’ ongoing narrative?

Now, you may consider a car’s history is set in stone, and there isn’t anything you can do to affect it, but you’d be wrong. Actually, most cars have a history that appears to be like a jigsaw with many of the pieces missing. Find more pieces, the picture becomes clearer, and the vehicle starts to become more attractive to a future owner.

Take the example of an Alfa Romeo 2600 Sprint Zagato that I came across a few years ago. Parked up since the 1980s in an industrial unit that was due for demolition, the owner had to move it quickly, and as something of an Alfa enthusiast I was told about it. Knowing it to be an unusual car with only 105 Alfa 2600 SZs constructed, I went along to have a look. What piqued my interest was the chassis number 005, and the comment by the seller that he thought it was a prototype.

I spent the next couple of years finding out more about it. The car was indeed one of the five prototypes bodied by Zagato, and by chasing various people who had worked for both Alfa Romeo and Zagato at the time and purchasing original show guides and other literature online, I discovered that it was the car used by Alfa at many of the 1965 European auto shows. Without the means to rebuild it myself to the level it deserved, it was purchased and is now being restored by one of the world’s leading concours preparation specialists. What it is now worth is anyone’s guess, but I can guarantee it is man times more than a standard example of the car.

Even the most run-of-the-mill classic cars can increase in value if their stories are presented in the right way. Collecting all of the available information and paperwork together in a nice file, presenting photos of restorations, even purchasing original owners’ manuals and advertising literature from online auctions, can all add value.

Then, there’s the originality of the car itself. Most people know that original examples of classics tend to be more valuable than non-original cars, but few stop to think why. It’s like seeing a telegraph pole or a double-yellow line in a TV adaptation of a Jane Austin novel – modern additions, however practical, just seem out of place in something that thrives on its history. Cars that look and feel right always sell well, and even numbers are important.  There’s a certain enchantment in finding out that the engine and chassis numbers match, that the beating mechanical heart of the machine has lived with that particular vehicle throughout its life.

So, if you’re looking at your classic in investment terms, what can you do to maximise it? First, you must buy well. If a car is linked to a notable old owner then consider whether they are really well-known enough for someone to want to buy into their story. Secondly, consider whether it is original or could be easily returned to such a state.

Once you have your car, maybe try to fill in some of the pieces of the jigsaw. The first place to look is the internet: even a simple search of the chassis and registration numbers may provide information, and MOT history back to 2005 is available free online. Most manufacturers offer a historical research facility that provides a certificate of authenticity, proving the original build dates, chassis and engine numbers, and often details like the original colour and trim levels. Try approaching the owners’ club for the model, or even the dealer who first sold it; I managed to obtain a copy of the original sales Kardex for a classic I owned after just one telephone call. If you can’t do this, or you own a car that you think is very important, there are specialists out there who can do this research for you, and more.

Next, maybe you could return the car to original specification. Out go the modern stereos and alloy wheels; in come the original wireless (now invisibly upgraded to FM and with an iPhone jack) and the steel wheels fitted when the car left the factory.

Finally, make your own history. Cars are all about driving; use yours, drive it places and build the memories so that someone else, in the future, will want to follow in your footsteps. After all, that’s what owning a classic is really all about.

We’d love to hear about the histories of your classics.