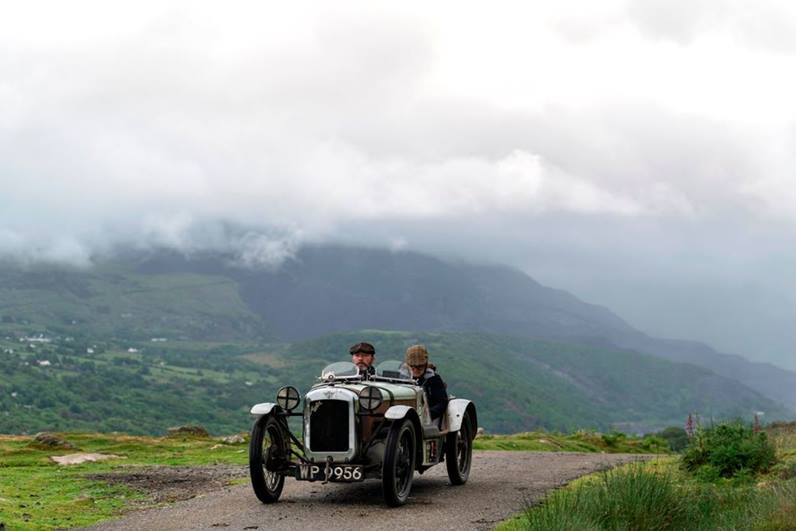 News from Team Hagerty. This month, lots of rally action, Phil finishes his Sunbeam and John parts with a friend.

In early June, Angus and Sue Dagley took part in the Three Castles Trial around Llandudno in north Wales. Sue, a late substitute for Angus’s son, Archie, acted as navigator in Angus’s open-topped Austin Seven Ulster. The weather, it is fair to say, was challenging. “At one point I had to hold up the navigation card to stop the rain driving into the side of my face,” said Sue. Using just the most basic of Brantz trip meters, the pair came an unbelievable second in class and her constant good nature (described as a ‘display of true grit’ by the organisers) earned Sue the Spirit of the Rally award!

The Norfolk and Norwich Rover Owners Club 42nd annual rally was successfully held at Bressingham Steam Museum on 26th May. Sponsored by Hagerty, the rally saw over 100 vehicles take part, even with the threat of bad weather. The day included an 'Avenue of Rovers' in which 32 Rover P4s lined up to celebrate the 70th anniversary of the beloved P4 'Auntie Rover'. The Car of the Show, chosen by Mark Grey of MGBD Parts and Services, was a 1989 1.3L Clubman Rover Metro. A dazzling little car that as a model is now becoming very sought after. Many thanks to Marie-Anne Read, NNROC Chairman, for the information on the day.

The Classic 35 was a special event to mark the 35th anniversary of the Historic Rally Car Register (HRCR), and our own Tim Sawyer entered in his Ford Escort. The two-day rally was based at Stafford with a 170-mile route planned for Saturday and 130 miles for Sunday contested over a mixture of public road regularity sections and tests held on private land. Much like the rest of the UK, Staffordshire, Derbyshire and Shropshire have seen a lot of rain over the last few weeks and so a lot of the roads were water logged.
The car ran faultlessly for the two days as did the navigator who ended up being the 5th best on the event over the regularity sections, although Tim says the driver still has room for improvement! The pair finished 16th overall and 1st in class!  Well done!

The Beam Lives!! After a LONG restoration, Phil’s 1967 Series 5 Sunbeam Alpine GT is done!!! Congratulations, just in time for the lovely summer weather (!)

Meanwhile, Dan has managed to sort the steering wheel shake on his Porsche 944. It only took new front discs and pads, a new front caliper and four new tyres (ouch!) It’s now ready to take part in the Falcon Classic Car Tour.

His Citroen BX is not doing so well. It sprung a leak after attending the Stony Classic Show which turned out to be a failed original coolant hose. A new one is on its way from Wales, and will be fitted in time for the Festival of the Unexceptional.

Finally, it’s the end of an era for John, as he’s just sold his Alfa Romeo Spider so that he has more time (and money!) to spend on the other restorations which are, entirely predictably, taking a lot longer than expected.