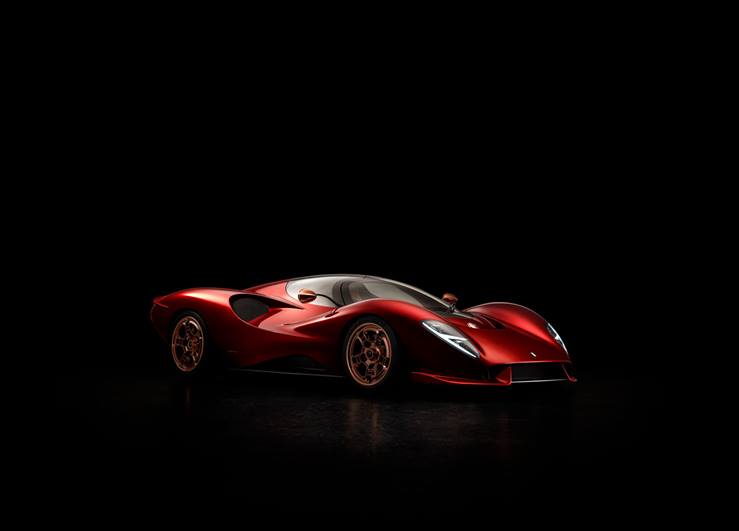 Although Hagerty is predominantly a classic car company, now and again a modern car comes along that blows us away. This was the case at the 2019 Goodwood Festival of the Unexceptional, when we experienced the unveiling of the new De Tomaso P72.

Since the Festival, social media has been ablaze with pictures of this photogenic new car, but Hagerty spoke to the designer himself, Jowyn Wong, to discuss his influences and talk about the similarities between the P72 and other cars.

Hagerty: ‘Thank you for speaking to Hagerty and giving this exclusive insight. For those who don’t know you, maybe you could introduce yourself?’

JW: ‘My name is Jowyn Wong, I am the founder of Wyn Design and have designed the [De Tomaso] P72 and the Apollo IE.’

Hagerty: ‘Thank you Jowyn. How did It feel to experience the amazing public reaction to the P72 at Goodwood?’

JW: ‘The reaction and energy was remarkably special, I didn’t think anyone expected to see the revival of De Tomaso in such a form, the experience of the unveiling and watching her roar up the circuit was euphoric.’

Hagerty: ‘Yes- many people we spoke to expected more of a development of the Pantera GT5, not something so shapely as the P72.  What can you say about the design journey? What were your influences?’

JW: ‘The P72 is the spiritual successor to the De Tomaso P70, it is designed to tell a story of the ‘60s period, the aesthetics of the vehicle itself conveys this message with its period styling that is reimagined with the latest modern design tools and state of the art engineering. Every line tells a story that relates to historical relevance, it’s a combination of art and history offered in a modern and effective package. Everyone is telling stories of performance figures and aerodynamic capabilities, [but] the P72 breathes life to the lost art and beauty in automotive [design].’

Hagerty: ‘What about that stunning interior with its copper details and exposed gear linkages?’

JW: The interior represents the period from the mid ‘50s to ‘60s, particularly luxurious design themes in automotive [design] that were so astonishingly beautiful I felt it was lost and forgotten. I took the opportunity to integrate these stunning themes and details with a modern approach, however carefully preserving its origin and intent.’

Hagerty: ‘And what of those colours!’

JW: The direction for the colours chosen was because the original P70 was red with gold wheels, the combination was typically Italian further emphasising its period approach to design. Polished copper details were my own flavour as the product is positioned to attend several major automotive shows I felt it was necessary to put on a good show and make her shine, resulting with healthy conflicting reactions. Generally, most of the audience love the direction, as we have to remember 50% of the audience are not automotive enthusiasts, it’s rather art and design in the form of automotive.’

Hagerty: ‘Finally, there’s been a lot of discussion over outward similarities between the P72 and Jim Glickenhaus’ Ferrari P4/5 bodied by Pininfarina. Was it one of your inspirations?’

JW: ‘Jim’s car [was] absolutely not an inspiration. If you compare the designs they are very different, Jim’s interpretation is more of a 2000’s modern approach at the time. It is a beautiful car, but P72’s contours feature long strokes of curves with all edges that are rounded off, the P4/5’s design language speaks an entirely different philosophy it comes with many straight lines and harder edges, the entire body is boxed whilst the P72 is what we call a coke bottle body and is absolutely fluid in approach. AT first glance I can see why readers think so, but both pay homage to P cars to the 60s, which are all very similar to start with.’

Hagerty: Jowyn Wong, thank you so much for your time, and for giving us such a personal insight to one of the most interesting and beautiful cars of recent years.