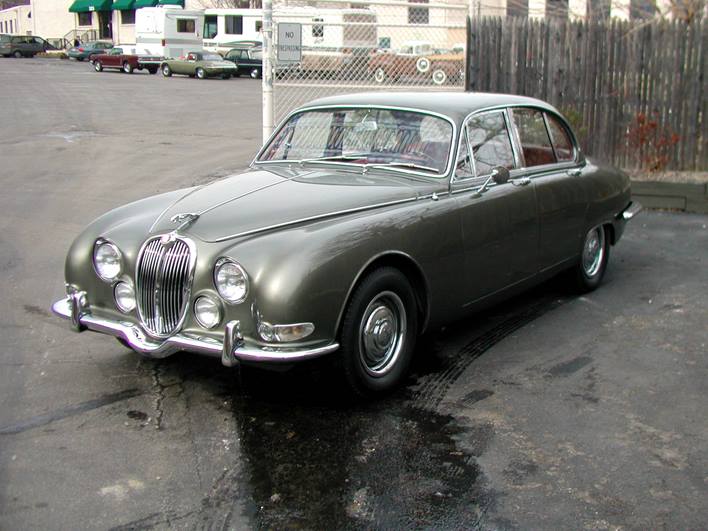 Ever since the real-life criminal fraternity realised a Jaguar getaway car gave them the edge over the cops in the 1950s, the Coventry cats have been favourites for on-screen chase action — both at the cinema and on TV. Having been built like tanks and with excellent acceleration, the Jags of the ‘50s, ‘60s, ‘70s and ‘80s have brought high-speed drama to countless productions. But given a wet afternoon, a DVD player and a case of beer, we’d come back to this time and again.

Robbery, 1967 – Mk2
This fictional re-enactment of the events surrounding the ‘Great Train Robbery’ was a controversial movie hit. The tension builds heavily towards the end, with plenty of great classic-spotting to be done on London’s thoroughfares captured in celluloid colour, but when the chase kicks off between the Mk2 and the pursuing S-type, your jaw will drop. It was all filmed on the street, and the Jags appear to be rocketing along on a busy Tuesday morning. Behind the camera was director Peter Yates; you can see that he used this crime movie as a dummy run for the high-speed action in his later movie, ‘Bullitt’.

The Sweeney, 1975-78 – S-type
Working your way through the boxed set of this much-loved 1970s icon, telling the story of the Flying Squad with grit, realism, poignancy and humour, it may not be quite as you remember. The violence is occasional and, by today’s standards, not exactly gory, and the storylines are pretty involving. Nor is it wall-to-wall car chases, but in the moments when clutches are dropped and rubber is peeled, they are mesmerising. Stunt guru Peter Brayham was behind the choice of several S-types for specific sequences, and the punishment they cope with is quite some tribute to the solidity of a typical Browns lane job.

Vanishing Point, 1971 – E-type
E-type appearances in movies and TV shows have been many and varied, but they’re often designed to assist in showing that the character at the wheel is somehow louche or extravagant. They don’t get to do many chases. One exception is  ‘Vanishing Point’, the eerie cinematic tale of car delivery driver Kowalski’s trans-American odyssey in a Dodge Challenger. At one point in the desert, he’s taken on by a maniac in a stripped-out E-type roadster, and the racing is fast and furious for a brief spell; it doesn’t end prettily for the E, though.

Return of the Saint, 1977 – XJ-S
Jaguar got its act together in the mid-1970s, managing to ‘product place’ its new super-GT car in the two British revived TV classics that everyone was talking about: ‘The New Avengers’ and ‘Return of the Saint’. In the latter, Simon Templar’s white example gets screen time in just about every episode, pressed into action for either the build-up or the climax of each adventure, with Ian Ogilvy at its power-assisted wheel and those fake ST 1 number plates prominent. It was an unusual XJ-S, the 17th off the production line and fitted with manual transmission and a sliding sunroof.

Bellman and True, 1987 – XJ6
Originally an ambitious three-part mini-series, and then released as a box office-underwhelming movie, this one saw the ‘Sweeny’ production company staging the emotionally charged story of a computer expert, played by Bernard Hill, being roped in to a bank heist against his will. The getaway scene has the gang in a Series II XJ6 that literally batters its way through alleyways, gates and even greenhouses in a frenzied attempt to escape. You won’t have to pay more than the price of a skinny latte to get this lost gem on DVD, and it already feels like a real period piece.