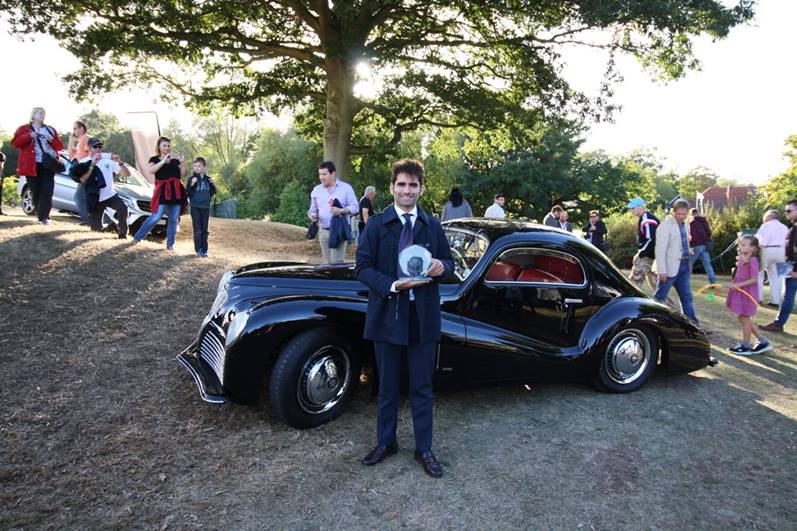 The Day of Judgement

As I left my driveway early on Saturday morning, I felt the knot of nerves tighten in my stomach. Sometime previously, I had been asked to be a judge at The Warren Concours D’Elegance, and I had agreed immediately, without giving it much thought. But as the event drew nearer the full gravity of the situation suddenly loomed at me, like an articulated lorry met on a dark, autumnal country lane.

I have judged car events before, but this was different. The Warren Classic and Supercar Show, to give its full title, is one of Europe’s up and coming concours events. Show creator Liam Cardiff has an aspiration to establish The Warren in the top-flight of the European circuit, and as I read through the entry list- dotted with cars from the most high-profile collectors- I saw that this wasn’t a fanciful concept.

I arrived at The Warren, at Woodham Walter near Chelmsford, just as the road-run cars finished their 80-mile trip around the Essex countryside. This run takes place the day before the main event and, just as at Pebble Beach, concours entrants that compete are given an advantage the following day in the event of a tie. The cars were an impressive mix of old and new: a Ferrari Dino 246, a semi-lightweight Jaguar E-Type and an Austin 7 were followed by a Bugatti Veyron and a Jaguar Project 7. As they parked on the lawn in front of the clubhouse, I got the feeling we were in for a good show.

The following morning, as the cars and spectators began to arrive, the judges assembled to confirm the rules of the competition. I had been allocated the Jaguar class, and I met my judging partner, John Theedom. As a very well respected Jaguar dealer, engineer and restorer, he was a mine of information, and we quickly set to work inspecting the field.

In total, there were 118 concours entrants across 15 classes. This included some exceptional cars, including many with extraordinary stories. In my class this included a Jaguar XJ/ Lynx Eventer styled by Paulo Gucci, complete with purple crocodile-leather seats and a superbly-restored Jaguar XK 140, one of the very few cars fitted with the C-Type engine at the factory. But it was a ‘Semi-Lightweight’ E-Type that took the class- not only was it immaculately presented, but its engine noise had entertained the crowds for the entire weekend and had completed the road trip in style.

By mid-afternoon the class winners had been decided, with ex-F1 and Indycar driver Max Chilton on hand to deliver the rosettes. Then, one by one, the successful cars converged on the central showground for the Best in Show judging, winding their way through the crowd and between all of the other motoring attractions. For The Warren is not just a concours event, but a celebration of classic and supercars, and there really was something for everyone- from racing simulators to motorcycle display teams, club stands to an air display. Of all the myriad of car shows I have attended this year The Warren had the widest appeal, as the vast number of families present within the estimated crowd of 12,000 people attested.

For the Best in Show finale, concours organiser and European representative for the Pebble Beach Concours and member of the Selection Committee Nic Waller brought all the judges together. As a group, we then moved down the row of those deemed Best in Class, in order to select our overall winner. It was a very difficult decision- there were some superb cars, each worthy of the title: a BMW M1 ‘Art’ car with period concours history, a very rare and beautifully presented left-hand drive Aston Martin DB5 convertible, and a Ferrari 250 GT SWB with sublime light blue coachwork all stood out. But three other cars were just a little ahead of the rest of the pack when it came to the final decision.

With the sun setting through an oak tree behind him, Waller took the microphone to announce the winners. In second place was a rare 1955 Fiat 8V Zagato Berlinetta, entered by Belgian collector Marc Behaegel. Restored to a very high standard this car, one of 30 built, had period racing history before being abandoned to the elements for many years. Finally found and rebuilt, it now once again competes in classic competitions.

Best British Car was awarded to Bernard Rice’s 1934 SS 2 Sports saloon. Bought by Rice as a project back in the early 1970s, he restored the car almost entirely on his own. The standard of his work is extraordinary and the car, a model well known for its elaborate trimming, is every bit as good as when it left the factory.

But Best in Show could only go to one car. Italian collector Corrado Lopresto had entered his 1942 Alfa Romeo 2500 SS Bertone, the car that had triumphed in 2011 at Villa D’Este. This unique vehicle, which had enthralled visitors all weekend, received an overwhelming number of judges’ votes. Built on a type 256 chassis, usually delivered to the Scuderia Ferrari for racing, this Super Sport found itself at Carrozzeria Bertone where their top designer, Mario Revelli di Beaumont, created a one-off masterpiece. With a gloriously aerodynamic body including recessed door handles and trafficators, the car is a majestic blend of simplicity and elegance. Lopresto’s son Duccio was on hand to collect the award, his father unable to attend. “This is the first time I have been with my father’s car at a concours without him- and we have won! I am delighted!” he told the crowd.

So what’s next for The Warren? They already have a world-class line up of cars, a superb venue and a huge amount of attractions for families. Next year, the word will have spread- this could be one of the highlights of the classic car year.

For more information on next year’s Warren Classic and Supercar Show, visit www.warrenclassic.co.uk