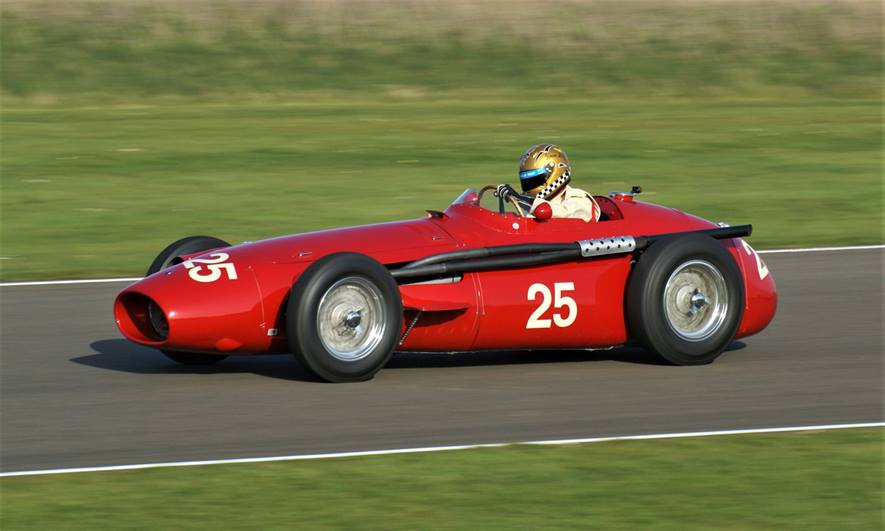 Book Review: How to Photograph Cars by James Mann

Although the car is primarily a thing of practicality, it also has a strong aesthetic element. Right from the start, when the latest fashions in horse drawn carriages were aped, this has been a truth. It is natural then that people should want to photograph them but, as with any creative endeavour, this can be done well or it can be done poorly. If photography isn’t something you’ve looked into deeply then learning and applying a few basic techniques can help you to improve your results. So, as a photographer of some little repute, I have put together a few pointers for those who want to know a little more about this particular discipline.

The first thing, and in some ways the easiest to apply is the need to consider the photograph as a whole. To look outside of the subject matter. In a lot of cases the car is sat in a location and you just have to make the best of it. However, even then, by changing the angle you take the shot from (sometimes only slightly) the results can be dramatically improved. The huge difference the background can make overall, overriding the subject matter even, can be seen in the accompanying photographs of the Alvis and the MG BGT. The highly desirable and rare Alvis is in a cluttered and inappropriate setting, consequently the photo is barely worth looking at. In contrast the scruffy, more common MG, is grounded in a context appropriate environment resulting in an engaging image.

The second technique is called ‘depth of field’. It is a long-established practice that uses the camera’s settings to have objects at varying distances from the lens either in or out of focus. A narrow depth of field can be very effective in drawing the eye to the intended subject matter or to give a balance within a naturally unbalanced set up. The picture of the Bentley steering boss with its hand controls has a narrow depth of field, bringing the eye to the subject matter and removing the “clutter” of the dashboard behind. Alternatively a greater depth of field, with everything in focus, is sometimes desirable to bring a complete image together. This works well with the shot of the GTO moving through the assembly area at the Goodwood Revival, where a narrow depth of field would have lost some of the character. A general rule is the smaller the lens aperture the greater the depth of field.

Finally, there is the classic technique of motoring photography – ‘panning’. This relies on a knowledge of the camera coupled to the practice of a particular action. Cars are dynamic objects and if you can infer a sense of movement it can really make a picture ‘come alive’. The photograph of the Alfa Romeo 184T had a fast shutter speed and although there is a little blur on the tyres it is essentially static. The Maserati 250F though was taken with a slower shutter speed and the camera being moved, or ‘panned’ to follow it whilst the photograph was being taken. The subsequent blurring of the wheels and background give a sense of movement and excitement. When panning always stand with feet apart to give a stable base, and practice sweeping through the expected path of the car a few times beforehand if you can. As you get better at panning you can use lower speeds and start to consider the depth of field as well.

These techniques and many more are addressed in the latest edition of James Mann’s previously bestselling book, How to Photograph Cars which now includes new sections covering the developments associated with digital photography. In keeping with this wholehearted embracing of the modern world, a website and You Tube channel have also been set up to support the publication.

I found much to commend this book, but there are also some minor problems which detract from the enjoyment of sitting down and reading it from cover to cover. To start with there are numerous syntax errors throughout along with an inconsistent use of English and American terms and units of measurement. Another problem is that technical terms are introduced without explaining what they are, although these are sometimes defined later in the book.

The overall impression is that it is a combination of several separate articles written for photographers with different capabilities. Indeed, the book works much better if you treat it purely as a reference, dipping into the relevant sections as you need them.

As you would expect, the text is supported by clear high-quality images that are well-selected to illustrate various points. Aspects of photographic techniques, selection of equipment and composition are all covered. Digital processing has its own chapter but there is nothing about shooting with more traditional formats such as 35mm ‘wet’ film. A sign of the times no doubt, but it would have been nice to at least have an overview of essential darkroom equipment. Although the techniques covered do start at “basic” they end with those so complex that they can only be of use to the nascent professional or the extremely well-heeled enthusiastic amateur.

As with all of these manuals relating to creative processes, I think it a mistake to believe that this will turn someone who takes snapshots into a brilliant photographer. However, using this book will allow you to move from snapshots to nice photos, nice photos to good photos and then further if you also have an inherent ability. With a little judicious proof reading, and a bit of a shuffle regarding layout, this could be a really good book. As it stands, it is still useful enough for most photographers to make space for it on the bookshelf. I will certainly be referencing it for ideas and tips for future shoots outside my usual field of experience.

How to Photograph Cars by James Mann is available from www.howtophotographcars.co.uk and all good booksellers.