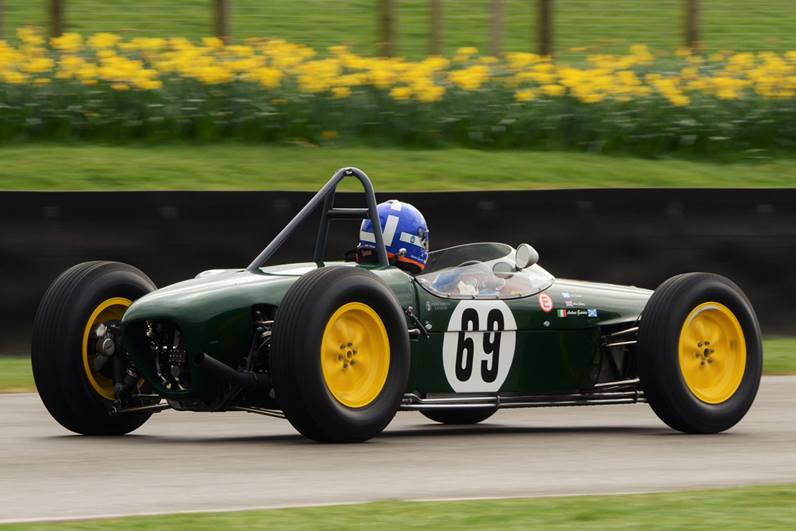 The most recently revived of Lord March’s celebrations of motoring is now firmly established on the historic race calendar, and for many it has quickly eclipsed its more established rivals, both here at Goodwood and at other circuits.

The 2017 75th Members’ Meeting was another great success, combining a huge range of cars from every era with superb public access and a true ‘race meeting’ feel.

For the Hagerty team, there were many highlights of the 75 MM. The Gerry Marshall Trophy for Group 1 production saloons of the 1970s and early ‘80s was a superb race, pitting the likes of Mini 1275 GTs against Chevrolet Camaros and Ford Escort RS2000s. However, it was a Rover SD1 driven by Gordon Shedden and Chris Ward that triumphed with a convincing victory.

The entry list for the Graham Hill Trophy for 1960s GT cars contained a vast array of special cars, from Jaguar E-Types to Cobras, but it was a TVR Griffith 400 driven by Mike Jordan and Mike Whitaker that was triumphant.

Hagerty’s favourite race of the meeting was unequivocal: the S.F. Edge Trophy for Edwardian racers built before 1923. The range of cars in this race was extraordinary, but eventually it came down to two cars: the GN Curtiss driven by Patrick Blakeney-Edwards which was just outgunned by the Delage V12 driven by the young Matthias Sielecki. The 1923 Delage, a works car that was specifically built to break the Land Speed Record (which it duly held for just two weeks), ran faultlessly. The crowd pleaser, as ever, was the Fiat S76 ‘Beast of Turin’ which spat flame as it charged along the straights.

Apart from some minor shunts, the meeting was a safe and happy affair – we hope you enjoy our photographs above.