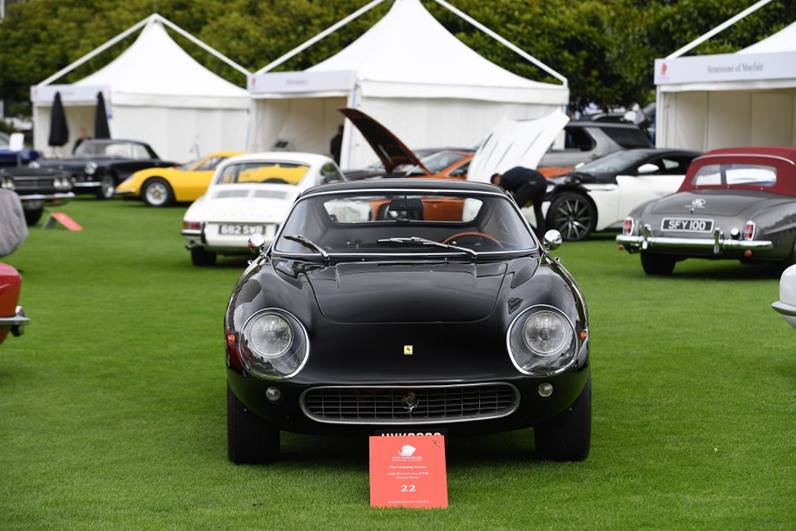 The inaugural City Concours took place on 8th and 9th June at the wonderful setting of the Honourable Artillery Company barracks in central London.

The event is the brainchild of Geoff Love, and is still sponsored by Octane despite Geoff having moved on to Motor1.com. The concours included a wonderful mixture of cars in ten classes.

Hagerty’s favourite cars were a diverse collection. At the entrance, the ‘Swinging Sixties’ class included some lovely cars, but a 1969 Ferrari 365 GT 2+2 stood out. We’ve long championed this rather unloved model (compared to its scuderia – mates) and it more than held its place.

In the ‘Pioneering Spirit’ class, the superb 1907 Itala 40HP, the car that took part in the centenary ’Peking to Paris’ rally, stole the show. This is not a cosseted classic- it was discovered by an RAF officer in an Oxfordshire barn in the 1940s, and has been regularly used in competition ever since. More about its wonderful story is here.

On the first day, a 1973 De Tomaso Pantera GT5 was a real crowd-pleaser, especially when the owner started the engine. It fully deserved its place in the ‘Evolution of the Supercar’ class, which also included such rarities as the Jaguar XJR-15. This 6-litre Jaguar V-12 powered car, although made in tiny numbers, was certainly a key player in the evolution of the supercar – its body was styled by Peter Stevens, who went on to style the McLaren F1.

With live music, hospitality, dealer stands and many more cars, the City Concours was a successful event and one that we expect to grow into an important element of the classic motoring calendar.

All photographs courtesy of The City Concours www.cityconcours.co.uk