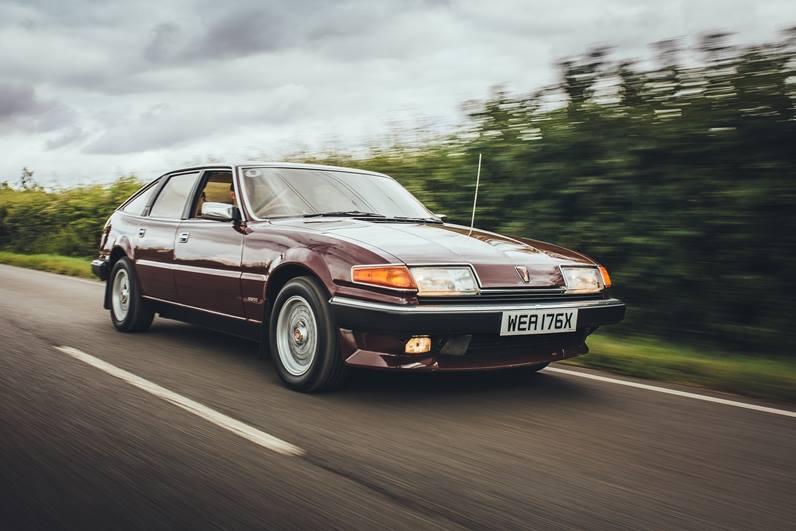 On Your Marques: British Leyland at 50

Just over fifty years ago (17th January 1968 to be precise) one of the most famous (make that infamous) conglomerations in motoring history was established, with the founding of the British Leyland Motor Corporation Ltd (BLMC).

In a complex history with more twists and turns than the Nürburgring and a bigger cast than Ben-Hur, BLMC grew out of the merger of British Motor Holdings (BMH; made up of the former Nuffield/BMC marques, plus Jaguar/Daimler) and Leyland Motors (Rover, Leyland trucks, plus Standard-Triumph), which combined, accounted for more than 40 percent of the UK new passenger car market half a century ago.

The previous British Motor Corporation (BMC) group had including popular British vehicle makes such as Austin, Morris, MG, Riley and Wolseley, which produced such innovative models as the Mini, 1100/1300 and 1800, as well as the outmoded Morris Minor, Austin Cambridge and the sporty Austin-Healey 3000, amongst others.

BLMC’s Labour Government-appointed head, Leyland chairman Donald Stokes, sweetened with a Baronetcy, was given the unenviable task of simplifying the bewildering array of models produced by the new group. This included a dozen or more passenger car marques, in addition to commercial vehicles, tractors, and even white goods and tank transporters! He also had to resolve the internal disputes between previously competing manufacturers – Triumph insisting on developing its own V8 engine for its new Stag, for example, rather than adopting the existing, proven V8 motor from former rival Rover – plus poor profit margins, growing unrest with the production line workers and unions, and declining build quality standards.

The first all-new model launched by BLMC – the Austin Maxi – summed-up the many tough challenges Lord Stokes faced. The under-developed Maxi was rushed out too quickly into a marginal sales volume market sector, with a troublesome five-speed transmission, dreary interior and dumpy styling, compromised by the need to use the passenger doors of the larger Austin/Morris 1800 ‘Landcrab’ to reduce costs. The Maxi had to be rapidly re-worked and re-launched less than 18-months later to address the car’s initial problems.

Following the popular (if unprofitable) Minis and 1100/1300s of the 1960s, BLMC’s onslaught of post-Maxi ‘almost-but-not-quite’ new models continued into the early 1970s, with much-derided cars such as the Morris Marina, Austin Allegro and wedge-shaped Princess 18-22.

Just seven years after its foundation, the cumbersome BLMC group was bankrupt, becoming partially nationalised in 1975, with the UK Government creating a new holding company known as British Leyland, which was later shortened to BL in 1978, commonly known as Leyland Cars.

By the time the long-anticipated Austin (Mini) Metro was released in late 1980, BLMC’s reputation in the UK (and overseas) had suffered irretrievable damage from which it never fully recovered. However, improving quality and trade union relationships, along with a contagious dose of British pride, saw the new Metro enjoy sales success, with the Honda Ballade-based 1981 Triumph Acclaim adopting Japanese-style production methods to also help restore faith in the Group’s products. Around the same time, BL’s now-classic MG and Triumph sports cars ceased production, with fashionable new ‘hot hatch’ models like the MG Metro and Maestro filling the demand for sportier performance models.

By 1982 memories of the troubled BLMC/BL era were thankfully beginning to fade, with BL Cars renamed Austin Rover Group (ARG) in anticipation of the important new mid-sized Maestro, Montego and Rover 200 model launches, with the prestigious Jaguar division being separated, and ultimately privatised, by 1984.

In 1986 the former-BLMC was rebranded again, to become the Rover Group, to further distance itself from its darker 1970s days, only to later become the MG Rover Group. A frustratingly short spell of credible models (Rover 200/25, MG F/TF, Land Rover Freelander, Rover 75/MG ZT, etc.) saw deserved reputation and sales growth, often helped by Honda-derived cars and planning, plus a brief period of ownership by BMW.

The successful Bavarian marque soon tired of MG Rover’s tittering business though, famously referring to the Group as ‘The English Patient’ and withdrew. It retained the rights to the Mini brand (along with dormant Triumph and Riley), and soon sold Land Rover off to Ford, before it was shifted again on to Tata, along with Jaguar.

Briefly returned to private British ownership post-BMW under the controversial Phoenix management team, the MG Rover Group finally went into administration in 2005, thus closing a major chapter in British motoring history from the UK’s once-dominant automotive group, with roots stretching back to the late 19th century.

The familiar Leyland ‘roundel’ logo still exists today in Turkey on a range of Ashok Leyland trucks, and the rights to both the Rover and MG brands are now owned by the large Chinese SAIC vehicle group, with the former renamed locally as Roewe, and MG now returned to the British market with a small range of UK-developed (but Chinese-built) hatchback and SUV crossover models. Who could have imagined this 50 years ago?  Oh, how the mighty have fallen...!