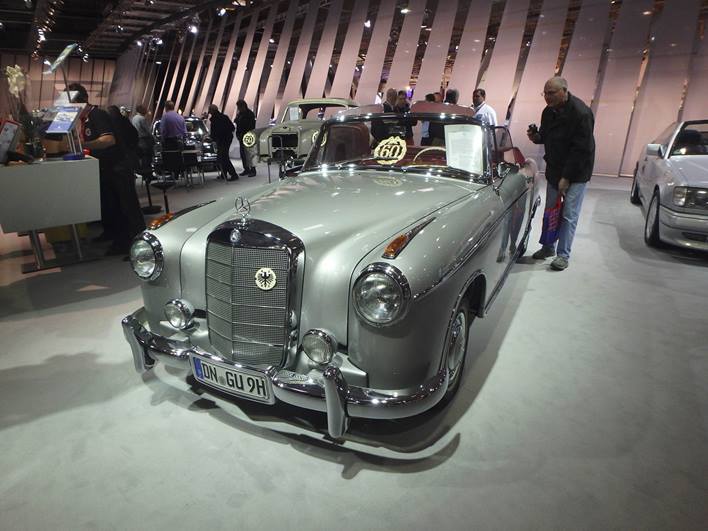 Essen isn’t the most picturesque of places. In the heart of Germany’s industrial north, it is a sprawling conglomeration of factories, major arterial roads and anonymous housing. Yet each spring the town hosts one of Europe’s biggest classic car festivals: Techno Classica Essen.

A couple of months ago, Hagerty’s Bucket List took us to Rétromobile Paris. Techno Classica is like Rétromobile, the NEC and Beaulieu all rolled into one. It is housed in the Messe Essen expo centre of four outdoor areas and 21 halls, one of which is the longest free-spanning hall in Europe. In it are club areas, parts stands, auctions… anything you can possibly imagine connected to classic vehicles. The cars aren’t exclusively of the German marques, but if that’s what you’re into you won’t be disappointed: the treasure trove of Porsche, BMW and Mercedes parts is hard to comprehend until you’ve been there.

Then there are the cars for sale. European dealers love Essen, which is understandable when you see some of the eye-wateringly high prices that are placed on windscreens there. The strange thing is that they tend to get them; it is as if as sort of collective madness overtakes buyers. Although there is a lot of ‘smoke & mirrors’ going on, we know of cars that went for a good 1/3 more than the top Hagerty Price Guide value at Essen.

All in all, Techno Classica Essen is a really good show and one that should be experienced at least once.

We judge the Hagerty Bucket List on three criteria: Size, Excitement and Diversity, all ranked out of five. Here are the scores for Techno Classica Essen:

EXCITEMENT: XX Depends what you want: If you’re talking about the heart-pumping thrill of finding a rare Porsche part then this is for you. Not much engine noise or movement though.

Easy to get to from the UK, Techno Classica is a great destination for the UK enthusiast, especially a fan of the German marques. With a total of 9/15 we feel Techno Classica just scrapes a place on the Hagerty Bucket List.