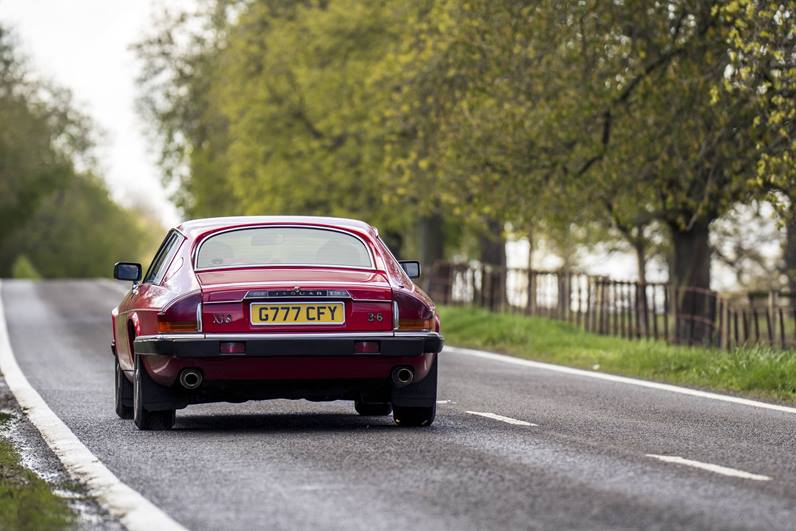 Our man Skelton thinks that old Jags sum our nation up like nothing else.

Britain is a nation bound by class, whatever egalitarians might wish to think and however much we argue the class system is dead. And for the Margot Leadbetters of this world, little summed up success like a Jaguar on the driveway. While Hyacinth Bucket’s long-suffering husband Richard drove a Rover 200, you know that were Keeping Up Appearances to be made today he’d have an X-Type diesel, with the badges removed so that Mrs Ponsonby from Number 9 would think it was a V6.

It’s for exactly this reason that the former spiv Arthur Daley had to have a Jag – and indeed, it was written into the original scripts that Arthur’s car would have to be a Jaguar. They were a bit flash, a bit raffish – an ideal way to mark that you had made it.

Jaguars have always represented their era better than anything else. The inter-war confidence embodied by the SS100, the early Fifties sobriety of something like a Mk VII, the Donald Campbell-esque spirit and pluck of XK120s at Jabbeke, these cars speak for their times in a way that most cars simply cannot. Fast forward to the Sixties and you get Kray Twin cool with the MK 2 and S-Type. And remember Austin Powers had an E-Type? What else could a shagadelic Sixties sex icon possibly drive? The svelte, sensuous shape of the E-Type epitomised freedom, hope, and social renaissance – and at half the price of an Aston, many hoped that they might one day afford to buy one.

Fast forward a decade and you get Jason King, Milk Tray man, and scores of other symbols of overt masculinity. And for these, Jaguar had the conspicuously consumptive XJ-S V12. This was a car that at launch may as well have been sold with bonnet hair and a medallion, even if by the end of its life in the ‘90s it had matured into a gentlemanly tourer with an automatic gearbox, walnut trim and a more sedate six-pot option.

The technological age of the 1980s gave us the computerised XJ40, while the 90s resurgence of 60s mores through Cool Britannia brought back the curves of the first XJ6 in the X300.

But there’s more to it than that.

I’m no stranger to an old Jag. I spent much of 2017 smoking about in a tired X300, I’ve had an XJR for 18 months, and right now I’m enjoying a Series III Sovereign courtesy of Kelsey Publishing. And there’s always something special about the experience – it’s funny, because you don’t quite get the same sense of amusement from a nice example. Jaguars should always be a little tired if they’re to have the right effect.

I think a tired Jag speaks for the English condition like little else ever could. And the reasoning is simple; it’s the class system. Specifically, the peculiarly British desire not only to keep up with the Joneses, but to try to beat the system. We don’t just want to keep up, we want to show old Jonesy who’s boss. When a Jaguar falls from grace, it ends its days as a cheap smoker bought instead of a second-hand Ford. And while its bushes may long since have perished and the bottom end might have developed a dodgy knock, it’s still a far more relaxing alternative than the moon-mileage Mondeo or average Avensis – the magic and the mystique of the marque are still there in spades even if it might be a shadow of its former self. No other marque really does this – except perhaps Bentley, and I shan’t be going there again for some time. And by the time it reaches the sub-£1500 level, a Jaguar is a truly classless proposition as well as a symbol of our aspiration. After all, if the man next door can afford to own a Jaguar, why can’t you? And why shouldn’t you?

What’s your favourite Jaguar? Tell us below!