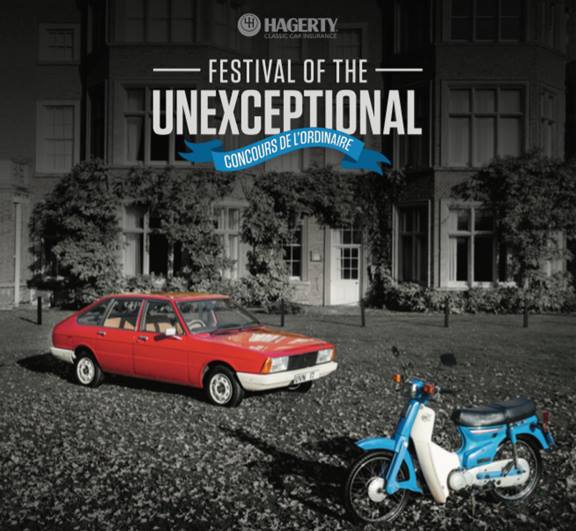 You just know that Hagerty’s sixth Festival of the Unexceptional Concours de l’Ordinaire is going to be a cracker when the selection team are having to choose between two Morris Marina estates, and you’re faced with downsizing a shortlist of three Mini Metros.

Such were the problems facing me and Hagerty’s Marcus and Tim, Steve Morse from Hiscox and judge Gary Axon when we met earlier this month to whittle down over 120 applicants to just 50 finalists in Hagerty’s concours celebration of the cars that used to be on every driveway.

The whole ethos of the Festival of the Unexceptional is based on the celebration of ‘normal’ cars: the base model saloons, hatchbacks and estates that ferried us all to school, on holiday and took the daily commute to work. This means that certain cars – wonderful although they may be – must be ineligible simply due to their trim level. At first pass, we excluded all those with Ghia, Vanden Plas, GT or GTi badges. Alloy wheels, pinstriping and leather seats were all viewed with healthy suspicion, and quality marques such as BMW and Mercedes-Benz consigned to the ‘far too special’ reject pile.

This left a group of wondrous survivors: cars which were so ‘poverty spec’ that radios, headrests and rear wash/wipes were all optional extras. An array of colours presented itself: any shade as long as it was something a baby might produce. Then there were the engines: a few 1.6L show-offs, but most in the 1.1 to 1.3 comfort zone.

You’ll have to wait the Festival day on 20th July 2019 to see the final line-up, but we can guarantee you won’t be disappointed. There’s a wider selection of cars and bikes than ever before: the usual British Leyland fare will be joined by a worldwide selection from Japan, Europe, the US, and even East Germany. We’ve also increased the qualifying dates to include cars in right up to the mid-1990s, allowing for some very special modern classics to take part.

One thing that astonished us was the quality of the cars. Most have very low mileages and many have a wonderful story behind them.  We have cars in single family ownership from new, a car that was won as a prize and never used, and others that have been used as workhorses.

At the time of going to press, there are still free tickets available on our website, www.unexceptionalcars.co.uk but be quick; last year they sold out weeks before the event. If you can’t be there, follow us on social media where we’ll be posting photos, videos and updates throughout the day; see the links below.

Hagerty’s Festival of the Unexceptional takes place at the Claydon Estate, Buckingham, MK18 2EY on Saturday 20th July 2019 between 10am and 4pm. For more information and tickets, please visit www.unexceptionalcars.co.uk.