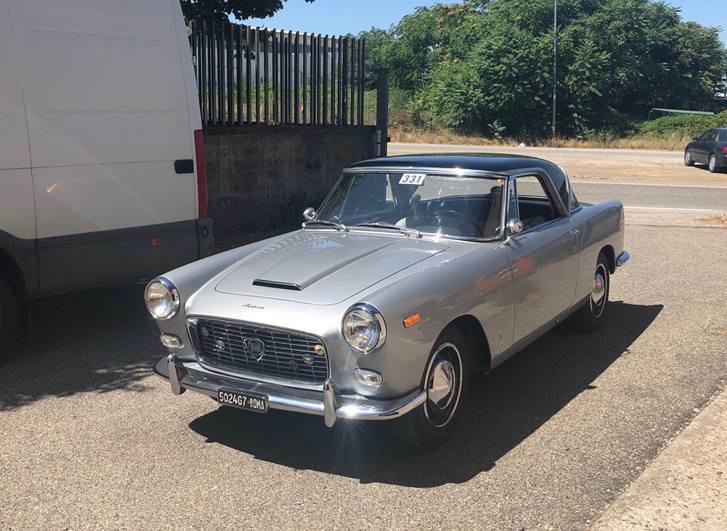 I’ll admit that I’m a bit impulsive. I’ll also admit that it drives my wife up the wall, especially when it comes to cars.

Last year, the Porsche 914 Situation was a case in point. I’d been writing about these VW/ Porsche hybrids, and convinced myself that they were the new sleeper car, ready to burst onto the classic car scene in a big way. I instantly went onto eBay and found one for sale. It looked amazing; not only had it been meticulously maintained but it was also fitted with a six-cylinder 911 SC engine, plus loads of other fast-road parts. After a very cursory inspection, I bought it.

Back on my driveway I loved it’s quirky, bug-eyed look but out on the road I quickly learnt that some of the ‘improvements’ that had attracted me to the car (racing gearbox, stiffened suspension) made it almost undriveable especially in traffic. After a couple of months I sold it, vowing never again to rush into a classic car purchase.

But that’s no fun, is it? Some of my favourite classics have been those I’ve bought with almost no thought: the utter simplicity of a Triumph Herald convertible, the phenomenal poise of a Porsche 944 or the daily fun of an Alfa Romeo GT Junior. Ok, so there have been an equal number of also-rans, but you have to sort through the chaff to get to the wheat.

So, a few weeks ago, I found myself ‘just browsing’ through one of the big classic car sales websites, and I came across a thing of beauty: a 1962 Lancia Appia Pininfarina coupe. I emailed the seller, and in a matter of hours had semi-negotiated a price. I instantly imagined flying to Rome, picking up the car and driving it back through the Alps. Did I not mention it was in Rome? Small detail...

Then that evening, something strange happened: I started to have second thoughts. It wasn't the breaking down - I’d already come to terms with the fact that I’d spend most of the journey on the passenger seat of a breakdown truck - it was more a fear that I wouldn’t enjoy driving the car. I decided I needed to see it first and experience it on the road before purchase. I booked flights and a week-or-so later, my wife and I checked in to our hotel an hour north of Rome for a rare child-free break, that just happened to be in the same town as the Appia.

The following morning, leaving my wife by the pool, I drove to the garage. The car was exactly as described: an older restoration, but one completed to a very, very high standard as the ASI Gold Plate attested. The metallic silver paintwork gleamed, the panel gaps were superb, and the interior had been restored perfectly, achieving the ultimate accolade of being new without looking it.

I stood back, taking it in. The car was exceptionally elegant; the straight lines of the front & rear wings complimented perfectly by the contrasting curving gloss black roofline. At the front, the twin headlamps and prominent grille balanced each other, giving the nose a purposeful air. I’ve always loved coupes of that era, and here was a model that fitted perfectly in the bloodline of Pininfarina evolution that encompassed the Ferrari 250, the Fiat 1500 and the other Lancias, Flavia and Flaminia.

I climbed in and turned the ivory-coloured key. The engine rumbled quickly into life and settled into a steady purr, the black crinkle-painted dashboard vibrating ever-so-gently. I dropped the clutch then graunched it into gear, the crash first selector momentarily catching me out. I pulled away quickly, the little V4 engine revving nicely and the large black steering wheel dancing almost effortlessly in my hands. It was beautifully balanced, and except for the brakes that required a firm stamp to shave off any noticeable speed, the car drove very well.

And yet, as we pulled up back outside the garage some fifteen minutes later, I knew it was not for me. Cars have to excite me, to stir something deep inside my belly when I drive. It may be the way the engine torques the car as it revs, or the sound of the carburettors spitting back as I drop the revs before a corner. It may be the feel of the thin tyres dancing over the road surface as they fight for grip or more likely, an intangible combination of all those things. This little car was undoubtedly beautiful as only Italian cars of that era can be, but it wasn’t enough. I wanted passione, and for me, this car just didn’t light my fire. I went back to the hotel, slightly deflated, but glad that for once I’d made the sensible decision to try the car properly before money changed hands. I was also happy that I had the rest of the day with my wife by the pool before jetting back to London.

Or, we would have ‘jetted’ back to London if EasyJet hadn’t intervened. That evening our flight was cancelled and we spent the night in an airport hotel fashioned, without irony, in 1970s styling. The following evening, we made it back to London with another carrier and after collecting our car from the long-stay car park, started on the final leg of our journey. Eventually in the early hours, we made it home and I pushed open the front door. My copy of the Porsche Owners’ Club magazine was on the mat, proudly displaying a green 914 on the cover. The next big thing, apparently. Oh well, you win some and you lose some.

With thanks to Braveragazze of Viterbo.